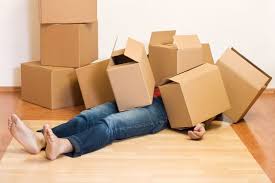 As I sit here watching Seattle get beat up by the Chicago Bears, and think about what I want to blog about, I am realizing that I haven’t played a huge amount of poker since the WSOP ended. It’s crazy how busy life can get.

We moved back to the Seattle area. So, there was a lot of unpacking and organizing and such.

Football started. So, there was a lot of getting ready for the fantasy football leagues and various other football pools for the year.

School started, so we had to get the kids enrolled and ready.

Now it is time to get back to the poker. Lately, the mix games have had an influx of new games. So there are lots of new games to study and learn. This is in addition to playing a lot of PLO still and trying to continue to get better at that game. It seems like there is always something new to learn about.

The reality is that poker is always evolving. This evolution comes both in the way a game is played and in the development of new games. If I want to be able to continue to compete at an elite level, I have to continue to learn and grow as a player.

But it isn’t as hard as it sounds. People are drawn to poker because they like the competition, or the game, or the continual decision making. If you are enjoying those things, it isn’t as hard to study to make yourself better at them.

If you are a golfer, do you think hitting 100 balls at the range on a day is a lot? Or 250? What about 1000? How many chips or putts do you think is enough when you are practicing?
But you love golf, so you hit balls, you chip, and you putt. This is so that the next time you go out and play, you can do better and enjoy the game more.